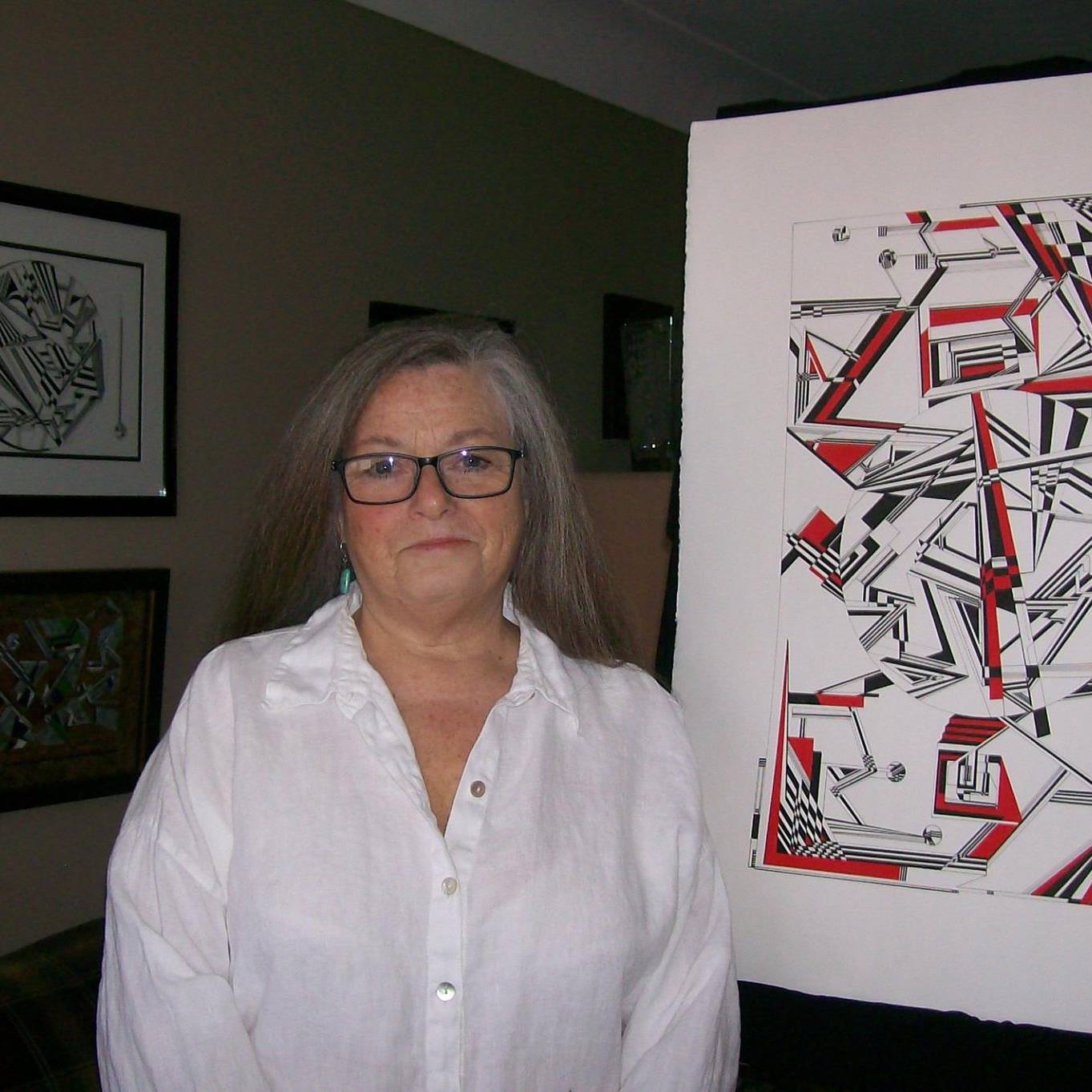 Bonita Silver, is a self-taught artisan whose inspirations came to her at the age of 16 while studying art in Kitchener, Ontario, Canada.

Due to the inspiration of the great works of El Lissitzky, Frank Lloyd Wright, M.C. Escher, and the Bauhaus Era, Bonita’s own geometric techniques and interpretations of this great art form emerged.  Forty years ago, Bonita began her collection designs in the pen and ink medium. It was after the development of the pen and ink technique that Bonita soon started to experiment with colour, oils, acrylics and leaf on canvas to accommodate her designs on a larger scale.

As the onset of the computer age began to unfold in the designing world, Bonita went back to school in order to bring the newest age of design capabilities into her realm of designing techniques.

Being a geometrical artisan in Art Deco, Bonita researched the Art Deco Constructivsm Era with great interest.  Once seeing that geometrics predominated designs in the Deco Era, Bonita set out to establish a collection, which features some of her works as a purest in this format of artistry.

From the past comes the future and it is Bonita’s goal to prevent this artistry from disappearing in the 21st century and to establish herself as the leading Art Deco Constructivist Artisan in North America today.